One has to have his ears to the ground if he/she hasn’t yet realized what social media can do for their websites. If you are an owner of a website, it is time to know that social media can fuel the traffic to your website quite the way nothing else does. There isn’t a lot of science to it, at least not to how you accomplish the results.

Social media is the buzzword today (it has been so since the last few years now), and if you have made the use of its buzz, you are lagging behind the times. If you don’t catch up, you are likely to miss out on a lot of things, a bulk of benefits that social media platforms can bring to your websites.

What does it really do?

Social media drives relevant, genuine traffic to your website’s posts. If you are not going exactly wrong with your social media strategies, you have every chance of getting the best numbers for our website, not to mention achieve a considerably helpful word of mouth marketing.

There are various platforms that have been responsible for the frenzy. Facebook, for instance, consists of several groups for people of different tastes. Beit movies, politics, Chemistry, humor and everything you can imagine. If let’s say you have written an article on Best Movies After 2005, you can share it in groups of movies, films, the actors in those films, the Academy Awards groups. Let’s say you include the film Sweeney Todd, it would serve you well if you look for the groups by the name of this movie. Also, all the groups by the name of Johnny Depp, Tim burton or anyone else famous personality associated with the movie should be looked into to ensure that the audience in there sees your article, as it stands a great chance of being shared and further propagated by them.

Likewise, LinkedIn consist of certain groups around the same topics and you can share the articles there. When it comes to Twitter, you can look for trend that in any way link to the post, and as and when you find something like that trending, you can share the post from your account. Google Plus has communities, based on people’s preferences. You can join those and share your posts on the relevant places to get some eyeballs from Google Plus, which serve you really well. There are also several other platforms like StumbleUpon, Reddit, Tumblr etc. which can be used accordingly.

Apart from seeding your content, you can also create separate pages for your brand on Facebook, Twitter, Google Plus and LinkedIn. These pages become the face of your business on the respective platforms and help your brand index well on Google and other search engines.

And When it Goes Viral

There are certain posts which become viral on social media, and when one of yours is one of those posts, you can be rest assured that the numbers will burst out of rooftops. That said, the virality factor totally depends on you. While you maybe someone who writes only what he likes to write, but when the focus is also on earning big bucks, you need to play to the gallery as well. Publishing certain articles that revolve around humor on real-life events or people, or around stuff which is likely to evoke emotions, or picture-driven posts that serve as a visual feast for its respective audience, never ceases to work when eyeing virality. There actually are pages which are image-driven. Even if the admin of those pages post quotes, they do so in the image-like form by using tools as simple as power point to embed the quote on a pretty looking picture and create a better chance of winning ‘Likes’ and ‘Shares’ on them. So whether you wish to go with the text-only way, image-only way or a combination of both, make sure it works out well for you.

So, while you can go the old school way of promoting your website, social media can bring in the results the likes of which you hadn’t envisaged.

Maria Mincey works with Xicom, a Web Development Company. Xicom helps its partners meet their long-term goals, not just the short-term ones. With services such as PHP Development Services,  Yii Framework Development, the company aims at giving true value to the investment of its clients. You may get in touch with Xicom if you are planning to Hire PHP Programmer for your web project.

I am an employee by profession but a blogger by passion. In my free time I love to write about SEO and blogging. 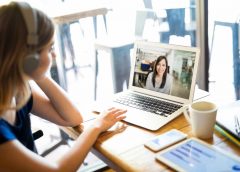 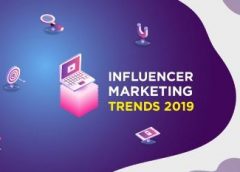 March 13, 2019June 22, 2020 Kerry Tiwanainfluencers marketing
It has nearly two months as 2019 has got a moment and underway to correctly, we believe influencer promotion will grow...

Things You Need to Look for in an Email Verifier

January 31, 2019June 22, 2020 Kerry Tiwanaemail verifier service, Snov.io
If your business relies a lot on email marketing, then know that email verification is a must-have for you because at... 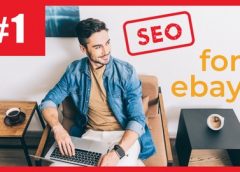 eBay SEO: How to optimize your product listings on eBay to Boost Visibility

November 3, 2018June 22, 2020 Kerry Tiwanaebay seo, seo for ebay
eBay is one of the world’s biggest e-commerce websites. Millions of people across the globe use it to sell and purchase... 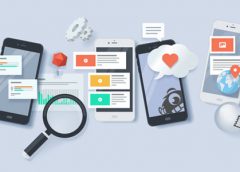 Optimizing Your Blog For Mobile Readers: 9 Expert Tips For Success

November 2, 2018June 22, 2020 Kerry Tiwanablogging, mobile seo
In today’s time and age, no business can sustain longer if it overlooks the mobile audience and blogging is one such...